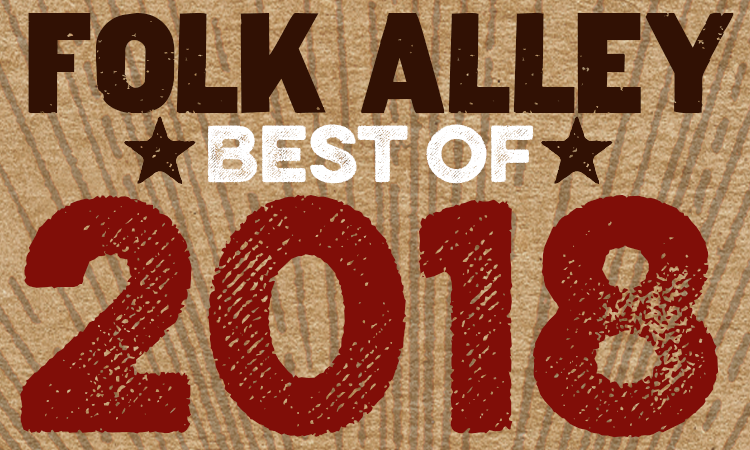 Ben Harper and Charlie Musselwhite, No Mercy in This Land

The Black Lillies, Stranger to Me

New look, new sound – that’s what Stranger to Me is all about for this Knoxville-based outfit. A band reshuffle, a more equitable sharing of songwriting duties, and a new experience – a weekly band podcast – all worked together to create this fun, eclectic mix of tunes. Amazon – iTunes

Brandi Carlile, By the Way, I Forgive You

One of the most talked about and anticipated albums of the year, Brandi Carlile’s By the Way, I Forgive You did not fail to deliver on all of its much-hyped promise. Inspired by intensely personal experiences and reflections, the album is one-quarter angry and three-quarters forgiving, leading to something that feels very, very complete. Amazon – iTunes

Though William Prince, a Winnipeg-based musician from the Peguis First Nation, is only in his early 30s, he has jam-packed a whole lot of living into those few years. And fortunately for us, this deep-voiced storyteller has decided to share some of his life with us. I can’t wait to hear more from him in the years to come. Amazon – iTunes

The Steep Canyon Rangers, Out in the Open

I loved this album when I heard it at the end of 2017 and I’ve been listening to it all year long. ‘Nuff said. Amazon – iTunes

Gretchen Peters, Dancing with the Beast

Peters says she was feeling quite low when she was working on this album. It was right after the 2016 presidential election and she wasn’t quite sure what to do next. She ended up doing what she does very well – she started telling stories, working through what she – and others – were feeling. It’s the kind of record that will somehow always speak to you, no matter what you’re going through. Amazon – iTunes

The War and Treaty, Healing Tide

“Just two lovebirds singing without reverb.” That’s how this husband-wife duo sets themselves up – and they don’t disappoint. With infectious harmonies, two powerhouse voices, a rhythm section that won’t quit, and songs that make you think and make you sing in equal parts, you can’t really go wrong with The War and Treaty. Amazon – iTunes

Western Centuries, Songs from the Deluge

Every now and then, you need an honest-to-goodness, tried-and-true, honky-tonk country band. Well, here you go. Meet Ethan Lawton, Cahalen Morrison, and Jim Miller – aka the three songwriters from the band Western Centuries. I just love the stories they tell – honest tracks about life and consequences, trials and tribulations, and the fact that life is both joyful and heartbreaking. Amazon – iTunes

This veteran songwriter and singer started 2018 with a bang – and a long, long awaited solo album. Tracy Grammer, better known as one-half of the folk powerhouse that was Dave Carter and Tracy Grammer, with her first-ever album of almost all original songs, lays bare her very soul. “These are very personal songs,” she says. “Songs about family, loss, hope, and relationships.” Amazon – iTunes

It’s the concept of this album that grabbed me – and also the fact that Johnny Cash’s legacy is so enduring that musicians from across all genres gathered together to honor him with this album. Taking unfinished song lyrics, poetry, letters and other bits and pieces of Cash’s prolific writing and setting it to music, Cash’s family and friends worked to ensure that Johnny Cash’s unfinished work found a place in 2018 – and beyond. Collaborations with Kacey Musgraves, Elvis Costello, Rosanne Cash, John Mellencamp and more. Amazon – iTunes